If you get a good quality 100 mesh Ceylon Cinnamon powder it adds just the right amount of texture to soups and stews without being gritty. Ideally you want to get as fresh as possible. The powder deteriorates faster than the sticks, so look for powder that comes in a closed container and not a bottle exposed to light.

The magic of Ceylon Cinnamon is deceptive. It's subtle mild taste makes it the perfect blender. It bring together all the other ingredients whether it is other spices or herbs to create an incredible taste sensation. Ceylon Cinnamon powder is perfect for marinating steaks and pork chops. For soups and stews it beyond compare. Blender it into cocktails or smoothies. This is the diplomat of foods that bring everyone together. But never takes center stage. 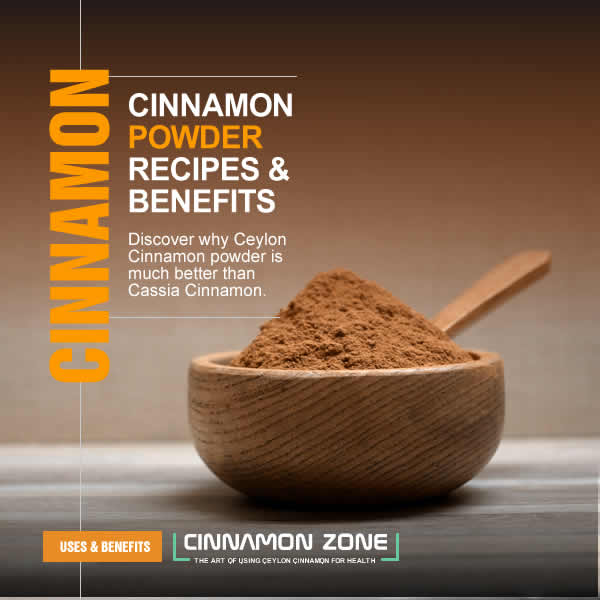